One night Zim was flying in the sky trying to get back to base.

Computer how far are we from the base asked Zim?

We are only 3 hours away from the base said the Computer.

Good now computer contact Naggot and Crystal at the base and tell them said Zim.

But before he could finish his ship was being attacked by a giant ship.

Sir we have a problem said the computer.

What kind of problem asked Zim?

Someone is attacking us and now they are pulling us into their ship said the Computer.

Zim was pulled into the ship was is revealed to be the owner of the Junkman as the ship blasted away.

Meanwhile Zim soon got out and was walking around when suddenly he was captured by the Junkman.

The Junkman was playing his piano and soon saw Zim.

Welcome Zim is it asked the Junkman?

Yes I am Zim the mightiest Irken that this world has ever seen said Zim.

Well you may be a ruler with Emperor Naggot but you won't be for long said the Junkman.

What do you mean asked Zim?

Well you see I have been watching you for some time now and I know you and Naggot are planning to destroy the Irken Empire for good is that it asked the Junkman?

Yes that is true why do you wanna know asked Zim?

Well you will be with me forever and will never see Naggot your wife nor your base ever again as I am tasked to kill you once for and all said the Junkman.

WHAT WHO SENT YOU AFTER ME screamed Zim!!!!!!

THE TALLEST HAD SENT ME AND PAID ME TO KILL YOU AS YOU SHOULD'VE DIED LONG AGO screamed the Junkman!!!!!!!

TOO LATE NOW TAKE HIM AWAY GUARDS screamed the Junkman!!!

Meanwhile Zim was trying to think of a plan to escape the Junkman so he can get back home.

Now I must find a way out of here said Zim.

Without Emperor Naggot Crystal nor Gir to contact for help I guess I would have to get outta of here myself said Zim.

So how can I get out of here asked Zim?

Hmmm as he looked around and he saw some vents and he could fit through it.

Yes I shall use these vents to get back to the ship and get of here said Zim.

Soon Zim got inside the vents and soon started to climb around looking for his ship.

Where is it asked Zim?

Which room has my ship at asked Zim?

Until he heard talking.

So my lords I have Zim with me now and this time at your orders I will end him once and for all and Crystal and Naggot will come after us and when they do they will die too said the Junkman.

The Junkman turned around and saw Zim and he was mad.

Well I'm afraid it's too late for you said Zim as he showed the Junkman his giant weapon pointing it at him.

The Junkman was shocked and was at the wall.

What are you gonna do with that asked the Junkman???

Well I am gonna end you once and for all said Zim.

Zim soon blasted the Junkman to death and he was killed.

So Tallest you guys ready for me now don't mess with Zim said Zim.

Oh we are ready for you said Zim.

Zim soon got out of the Junkman's ship as he was laying dead.

Zim flew out of the ship and he soon he got a device to trigger the explosion that he set inside the Junkman's ship.

Now to hide the ship for good said Zim.

Zim soon blew up the Junkman's ship and he soon flew away back to the base and he had to tell Crystal and Emperor Naggot the news about what the Tallest are gonna do next as the episode fads to black. 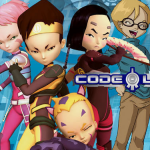